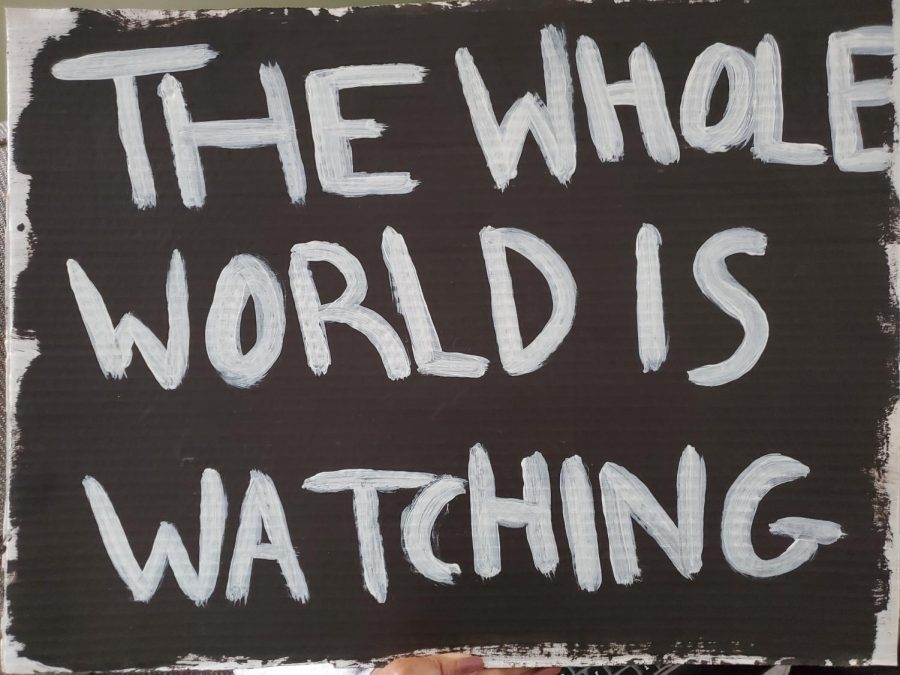 This past year has been chock full of painful and forceful change. With everyone stuck in quarantine during the COVID-19 pandemic, we all became aware of an ever-present fact in this nation: discrimination is alive and well, and those who have been marginalized will not let this fact go by quietly. While for some young activists the Black Lives Matter movement may seem to have gotten its rise in 2020, it’s been around since 2013, following the acquittal of George Zimmerman, the man who had shot and killed 17-year-old Trayvon Martin. Even then the unjust deaths of black people and young black men had been occurring since the Jim Crow Era – see Emmett Till – and even during the height of the slave trade.

The point here is that while 2020 has not seen the birth of a movement to end discrimination towards not just POC but all marginalized groups, it’s seen the birth of steps taken toward positive change to protect minorities and put to justice people who abuse their positions of power to cause harm to these minority groups. While it would have been nice to see these changes made with Dr. Martin Luther King in the 1960s, with the end of slavery in the late 1800s, or even the Stonewall Riots in the 1960s, it’s rather timely that this otherwise horrible year will be wrapped up with the beginnings of another Civil Rights Movement.

And how does this change reflect in Minnechaug’s community? As a senior, and more so as a person of color who has been referred to as a slur personally, I’ve witnessed where Minnechaug and the community at large may lack proper protections for its minorities. With a sister who graduated from Minnechaug less than ten years ago who’d faced microaggressions from her classmates, I know that there has been some complacency whenever students decided to perpetuate personal attacks against their own classmates; whether for the color of their skin or simply because they were different from what has long been wrongfully perceived as “normal.”

After reading Morgan Hastain’s article about how Minnechaug is handling racism, I see that the administration has decided to proactively listen to their students with the creation of the Equity, Diversity, and Inclusion Committee as well as incorporating a training program to help educate teachers on what they can do to ease the issues that will come when students of color attend a majority-white school in an affluent suburb. Though this won’t necessarily change students’ behavior, there will probably be less students targeting their peers for being different from them as well as more teachers stepping up to protect their students.

At the end of the day, while we can’t turn back the clocks and make the world a better place before it got to the point where it needed to change, Minnechaug’s actions show that any small improvement to a community can make the difference for a rapidly-changing world.